CLARK FREEPORT ZONE – Clark is not just a hub for business, it’s also a haven for tourism enthusiasts and travelers.

Such was the mantra of Greater Clark Visitors Bureau (GCVB) which they shared to selected members of the Clark community in a business-to-business (B2B) meeting they organized on April 25 at the Amante Ribs & Steaks, El Kabayo Compound.

The said B2B aimed to bind all tourism advocates of Clark and help them come up with synchronized efforts for tourism promotion.

Representatives of famous tourist attractions in Clark, like Nayong Pilipino, Zoocobia, and Aqua Planet, participated in the said B2B.

Rina Villavicencio, an officer of the GCVB and an active tourism advocate in Clark, said the B2B was not organized for the sole purpose of establishing networks among proprietors of hotels and recreational parks in Clark. It was also geared to establish camaraderie among like-minded people who have passion for tourism.

Where else to go in Clark?

As for Zoocobia, Lino Besa, its operational manager, encouraged people to visit the park’s “Night Owl” show, a nighttime exhibition of animals and indigenous performers.

The GCVB is part of the North Philippines Visitors Bureau (NPVB), a social responsibility arm of the Manila North Tollways Corporation. 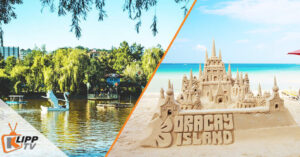 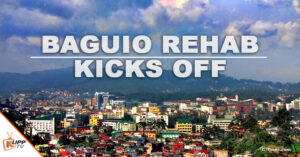 Baguio City Mayor Benjamin Magalong asks residents to prepare for the upcoming rehabilitation of the city, starting with its sewer system.

Cebu City, Philippines has been recognized as a forefront in the creative field of design. Cebu and four other Southeast Asian Cities joined the Creative Cities Network, established by the United Nations Educational, Scientific and Cultural Organization (UNESCO). Other Southeast Asian (SEA) Cities also included in the list were Thailand’s Bangkok (design) and Sukhothai (crafts … END_OF_DOCUMENT_TOKEN_TO_BE_REPLACED