Known as one of the busiest and drawn stations of Light Rail Transit (LRT), the Doroteo Jose Station in downtown Manila has been renovated for a more convenient public use.

From fixed escalators, to new turnstiles, the overhaul of the Doroteo station made travel more bearable for passengers. Light Rail Manila Corp. (LRMC) inaugurated the newly upgraded station on February 6.

In addition to the inauguration, it was announced that LRMC is expected to break ground by the end of February or early March for the Light Rail Transit (LRT-1) extension project.

The existing line which runs from Baclaran station in Pasay City to Roosevelt station, Congressional Ave. in Quezon City is proposed for an extension from Baclaran to Bacoor City in Cavite.

“As committed, we are ready to hold groundbreaking by late February or early March,” LRMC President and CEO, Rogelio Singson said.

The estimated investment for the said project is at $1.36 billion (Php 64.9 billion) where Php25.35 billion is funded by The Philippine Government through the official assistance of Japan International Cooperation Agency (JICA). While Ayala Corporation AC infrastructure Holdings Corp., and Macquarie Infrastructure Holdings (Philippines) PTE Ltd., has been awarded with the public- private partnership (PPP) project to supervise and maintain the said train system. 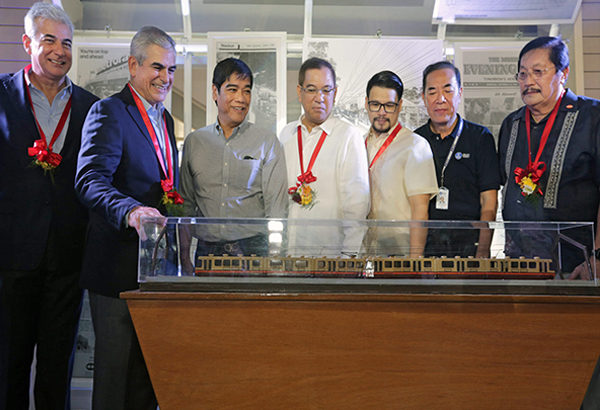 The full- scale construction of the project is said to to be done in phases, having LMRC to cover the first 6km in the first phase. With the extended line scheduled to be fully operational by the year 2020, the line will have its capacity increased to 800,000 passengers per day from the current 500,000.