The artists themselves came to present their works. One outstanding work was called “Genealogy”, created by Arnel Garcia. Garcia is a local of Pampanga, and has been in the domain of art since his college days. 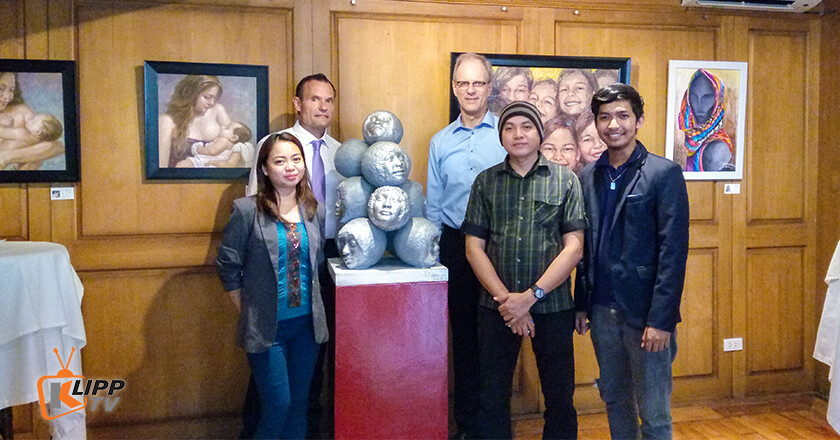 “This ball of mask are made of resin… It shows a person’s face. (It) may also be a memento of life and health…” said Garcia while explaining the meaning of Genealogy. “These masks were made (to represent) famous and notable people…”

Aside from Garcia, artist from as far as General Santos City and Catanduanes came with their best works.

On September 10, 2017, three Filipino artists will fly to Germany to present their works in Berliner Liste, an international contemporary art fair.

These three Filipino artists were Anafe Nemenuzo, Arnel Garcia, and Kevin Cubinar. They will come to Berlin as artists under Transwing Art Gallery.

Nemenuzo was born in Tacloban, but is now residing in Cavite. Her artworks usually depict symbols of peace and freedom. On the other hand, Cubinar’a art tend to display political and social themes.

“I try to give people a different way of looking at their surroundings,” said Cubinar. “That’s art to me.”