It is the first joint venture between the state-run corporations. SSS chairman Amado Valdez said the government corporation plans to join the bandwagon in the development of the Clark Freeport Zone under President Rodrigo Duterte’s “Build, Build, Build” infrastructure plans. Clark is set to be the highlight of Duterte’s program.

The CDC confirmed the SSS is eyeing to put its multi-billion portfolio into good use at the 4,400-hectare Clark economic zone. The returns of the SSS investments will greatly benefit its 34 million members.

“There is great potential in Clark Freeport Zone,” SSS commissioner Jose Gabriel La Viña said, “it can generate a lot of investment returns. It could even rival Singapore in the coming years.”

Clark Economic Zone is set to be the only smart and green city in the Philippines, where it will build an agro-industrial park, a food-processing terminal and various real estate projects. 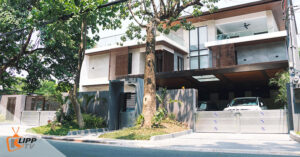