CLARK FREEPORT ZONE, PAMPANGA — Twenty-one world leaders are now here in the Philippines for the 31st Association of Southeast Asian Nations (ASEAN) Summit from November 11 to 14.

The leaders from ASEAN member states and dialogue partners — New Zealand, Canada, Australia, Cambodia, Myanmar, Laos, Indonesia, Malaysia, Singapore, Thailand and Vietnam received arrival honors from both local and national government officials on November 11 and 12. They were also greeted by hundreds of dancing students clad in colorful costumes from different schools in Bulacan and Pampanga.

Meanwhile, the Secretary General of the United Nations and world leaders from Brunei, Japan, India, Russia, South Korea, China and the United States have set foot at the Ninoy Aquino International Airport (NAIA), on Sunday, November 12, 2017. 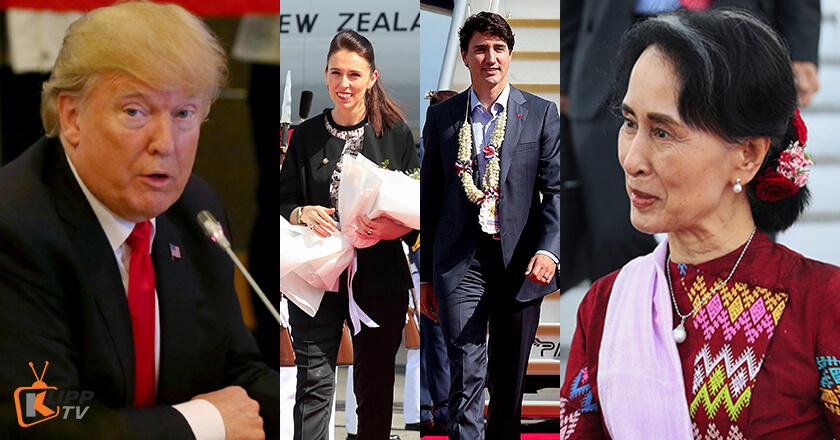 Get to know them here in a live account of the arrival of the world leaders: 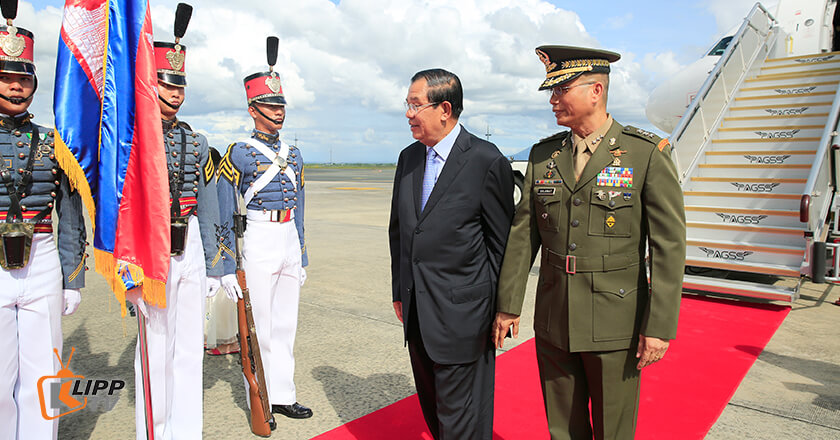 Hun Sen has been in power in various coalitions since 1985 making him the longest serving Prime Minister of Cambodia. He was re-appointed by the Cambodian parliament in September 2013 for a further five-year term.

The Prime Minister reportedly sent an invitation to Actress Marian Rivera to meet him on Saturday at Representative Arroyo’s Welcome Dinner. Rivera’s soap operas “Dyesebel”, and “Marimar” were shown in Cambodia. 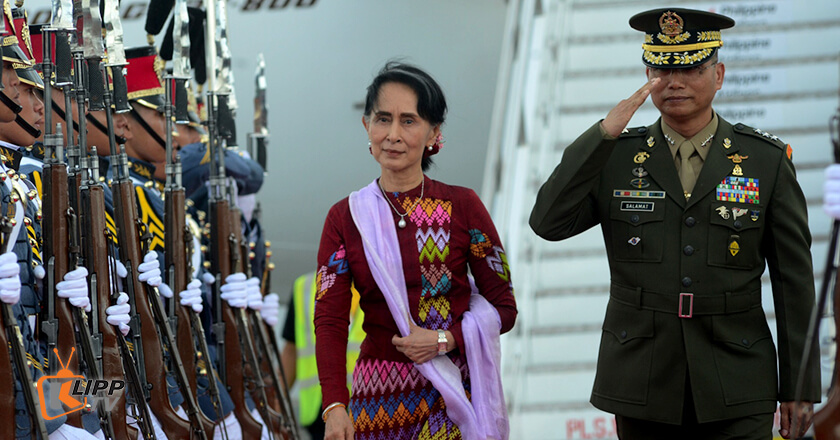 The State counselor of Myanmar led the National League for Democracy (NLD) to a majority win in Myanmar’s first openly contested elections in 25 years in November 2015.

The 70 year old spent much of her time between 1989 and 2010 in some form of detention because of her efforts to bring democracy to the military-ruled Myanmar (formerly known as Burma) — a fact that made her an international symbol of peaceful resistance in the face of oppression.

In 1991, the leader mostly known as “The Lady” was awarded the Nobel Peace prize and was regarded as “an outstanding example of the power of the powerless.” 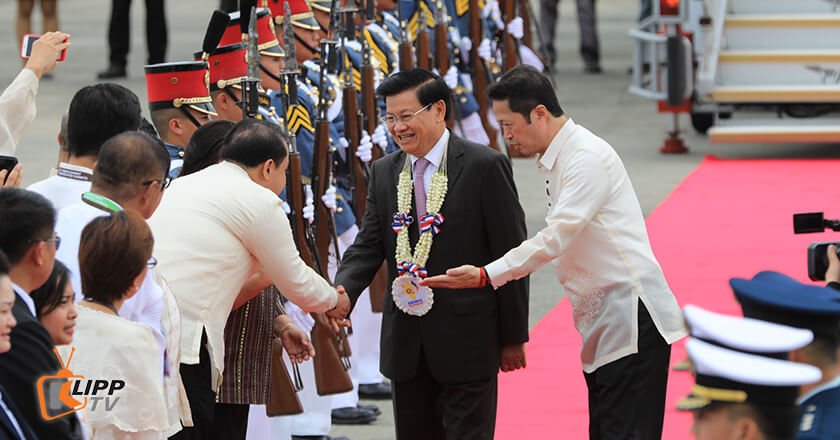 He is the third Head of State to arrive in the Philippines for the 31st ASEAN Summit. Prime Minister Thongloun Sisoulith arrived at the Clark International Airport Sunday, November 12, 2017 at 11:00 a.m and was greeted by Department of Energy Secretary Alfonso Cusi.

He will represent Laos President Bounnhang Vorachith, the previous chair of the ASEAN. Sisoulith was elected Prime Minister since 2016. 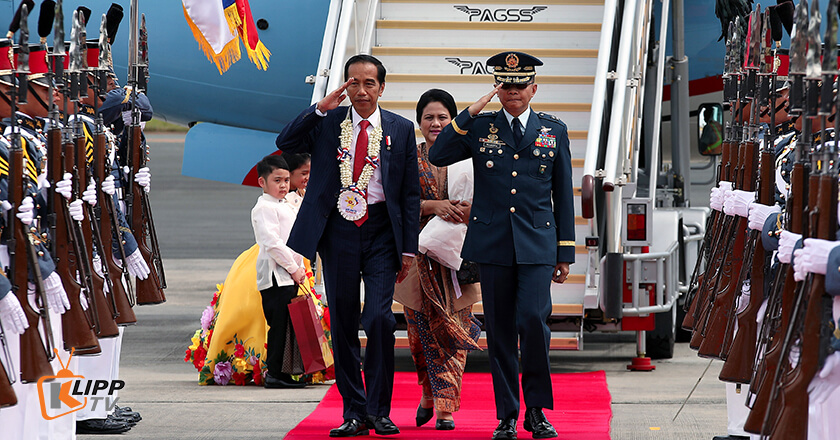 President Joko Widodo arrived at the Clark International Airport together with Indonesian First Lady Iriana Widodo on Sunday noon, at exact 11:57 a.m and was greeted by Agriculture Secretary Manny Piñol.

President Widodo was elected as Indonesia’s President in July 2014, in a win that marked a sea change in Indonesia’s politics.

Also known as Jokowi, he is a former entrepreneur and governor of Jakarta, he comes from a humble background and stood sharp in contrast to the country’s previous political leaders who usually hailed from political and military elites.

He was elected on a wave of support, particularly from the youth, for his promise of change and reputation as a clean politician. 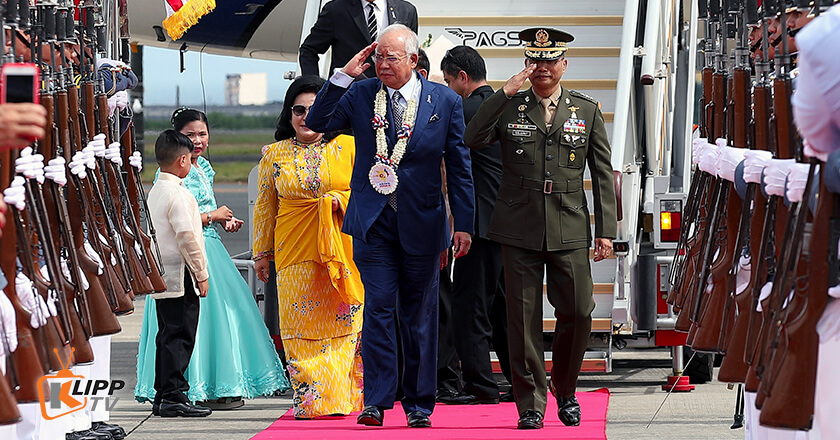 Malaysian Prime Minister Najib Razak aboard 1Malaysia aircraft touched down at the Clark International Airport with his wife Rosmah Mansor on Sunday noon, at 12:39 p.m.

Prime Minister Razak is regarded by many as a political blue blood. He is the eldest son of Abdul Razak, Malaysia’s second Prime Minister who was credited with playing a part in securing Malaysian independence from Britain in 1957.

The 62-year-old Malaysian leader led the ruling coalition in the May 2013 elections where his coalition won by securing a simple majority. 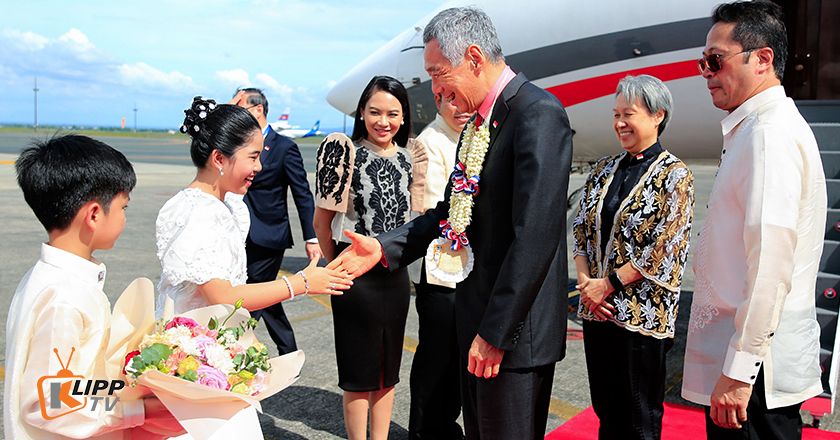 The Singaporean Prime Minister was the 6th Head of State to arrive at the Clark International Airport, at around 1 p.m.

He is the third Prime Minister of Singapore since 2004. The Prime Minister is the Secretary-General of the People’s Action Party (PAP). He led PAP to three consecutive victories in the Singapore General Elections in 2006, 2011, and 2015.

He was the first elected member of the Singaporean Parliament in 1984 and has been re-elected seven times. 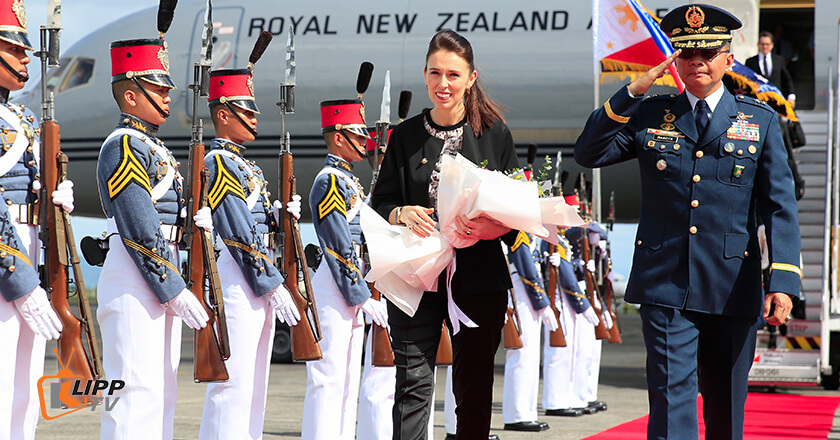 Ardern, the 37 year old leader rose to power on a tide of “Jacindamania”. She is the new youngest female leader in the world and New Zealand’s youngest Prime Minister in 150 years.

She grew up in a Mormon family but left the faith due to its opposition to same-sex marriage. She promises “empathetic” government, with ambitious plans to tackle climate change and eradicate child poverty.

New Zealand is among the dialogue partners of the Southeast Asian bloc. 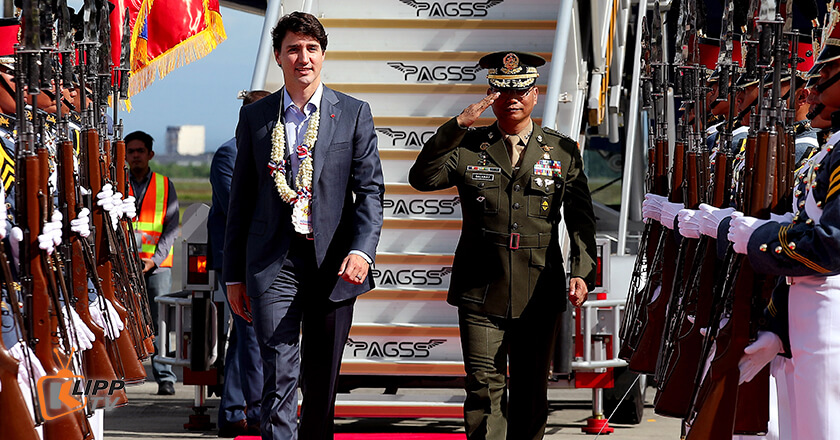 The Canadian Prime Minister arrived at the Clark International Airport at 1:50 p.m. Sunday afternoon. He was welcomed by Department of Science and Technology Secretary Fortunato dela Peña.

Trudeau has been a Prime Minister of Canada since November 2015. He assumed the role at the age of 43, becoming the second youngest person ever to hold Canada’s top job.

He favors tax cuts for the middle class- saying he would be open to deficit spending recoup the difference and action climate change.

He also supports the decriminalization of marijuana, saying that he has been smoking as recent as 2010. Trudeau also made headlines for being supportive of the LGBT+ rights, and making appearances during LGBT+ parades and festivities. 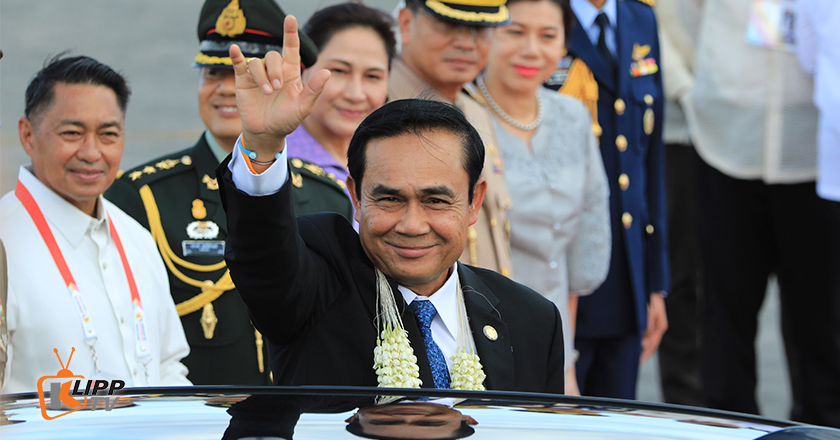 Thailand’s Prime Minister General set foot at the Clark International Airport at around 2:15 in the afternoon on Sunday, November 12, 2017.

The Thai Junta Chief aboard Royal Thai Air force plane was the 9th Head of State to arrive in the Philippines. He was due to retire in September 2014 but since the dramatic coup in May 2014, he has been in effective control of Thailand as head of the Junta that has replaced the civilian government.

General Prayut began his military career in the prestigious Queen’s guard unit, which has nurtured other top army bosses. 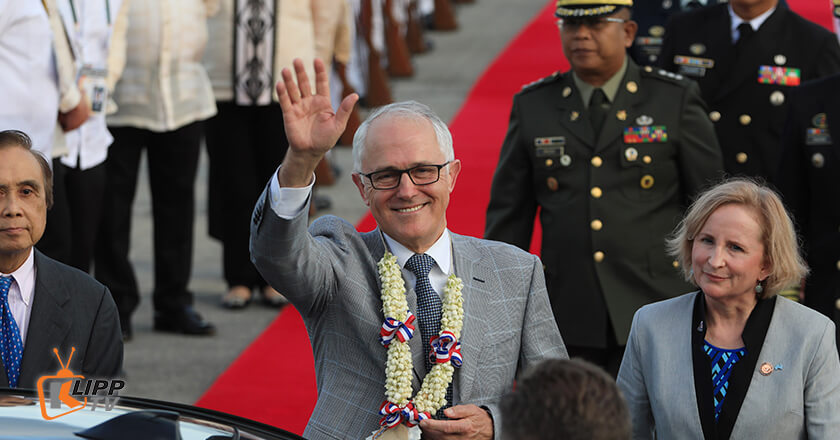 Known as a competent minister and confident communicator, Turnbull is well-liked across the political divide in Australia.

Coming from the conservative Liberal Party, the Australian Prime Minister is known for his progressive views, notably his support for climate change action and gay marriage.

Turnbull landed at the Clark International Airport on Sunday noon at around 4:30 p.m. 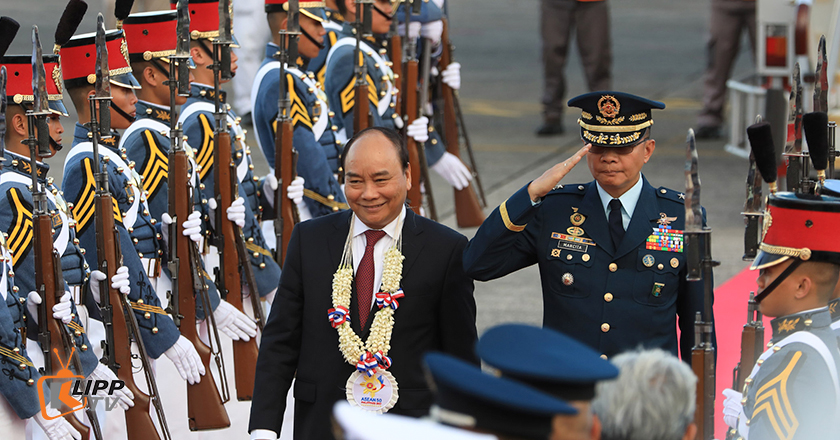 Prime Minister Nguyen Xuan Phuc was elected by the Vietnamese Parliament on April 2016. He was chosen to replace Nguyen Tan Dung, who relieved from the duty on the same year.

The Vietnamese Prime Minister was a member of the 10th (2006) and the 11th Communist Party of Vietnam (CPV) Central Committee (CPVCC) as well as the 12th member of the CPVCC.

Vietnamese Prime Minister Phuc, was aboard Vietnam Airlines at the Clark International Airport at 4:40 p.m. 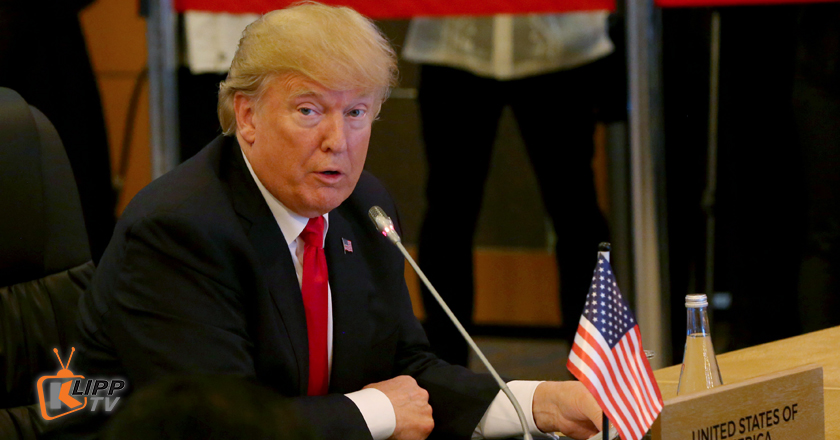 Trump who came from Da Nang, Vietnam for the Asia Pacific Economic Cooperation where he came face to face for the first time with Philippine President Rodrigo Duterte.

Known as one of the famous and colorful billionaires in America, his presidential candidacy was once considered as a long shot but his controversial celebrity past did not stop him to become the US President.

Trump made history as the first US President to never have held any government or military position. He is expected to leave the Philippines on November 14, 2017. 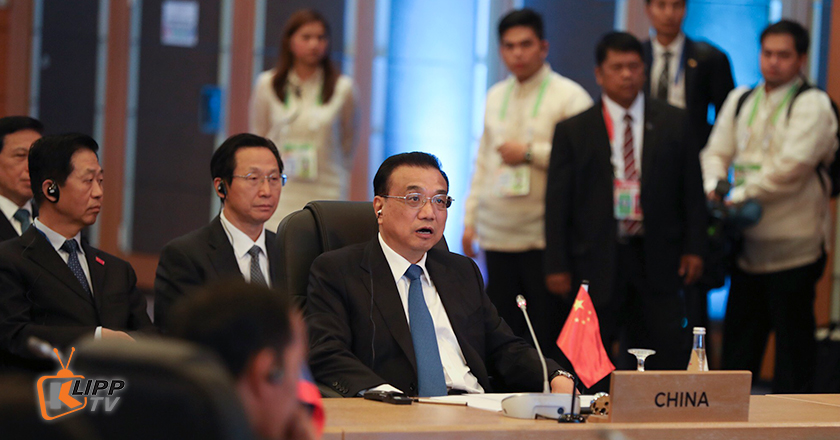 Li Keqiang has had a colorful career rising from being a manual labourer to becoming Prime Minister of the world’s most populous nation.

The Chinese Premier is widely known as a man who cares by caring for the less fortunate in the society perhaps as a result of his humble roots.

Sour ties between Philippines and China have reached its peak when the Philippines won its United Nations-backed tribunal case on July 2016 against China’s sweeping claims over the West Philippine Sea (South China Sea).

But President Rodrigo Duterte seemingly had a change of heart by making a policy turnaround, seeking warmer ties with Asian powerhouse in exchange of Chinese investments while moving away from Western assistance particularly berating the United States, Philippines’ longstanding ally. 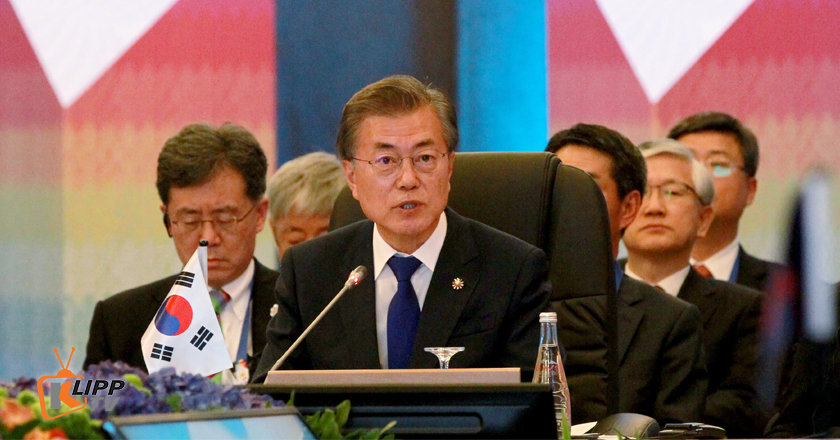 South Korea has offered a $1.7-billion credit facility, and other non-lending programs to the Philippines to help roll out the President Rodrigo Duterte’s priority programs in the transport and energy sectors.

Once imprisoned for protesting against the father of his predecessor, Park Geun Hye, Moon Jae In was elected as the 19th president of South Korea with a sweeping victory over his conservative and centrist rivals by a wide margin.

The aircraft carrying the Russian leader landed at the Ninoy Aquino International Airport at 3:38 p.m. He was welcomed by Labor Secretary Silvestre Bello.

This was Medvedev’s second visit in the Philippines for the past two years. He also became Russia’s President in 2007, the only Russian leader with no known links to either the Russian Communist Party or secret services. 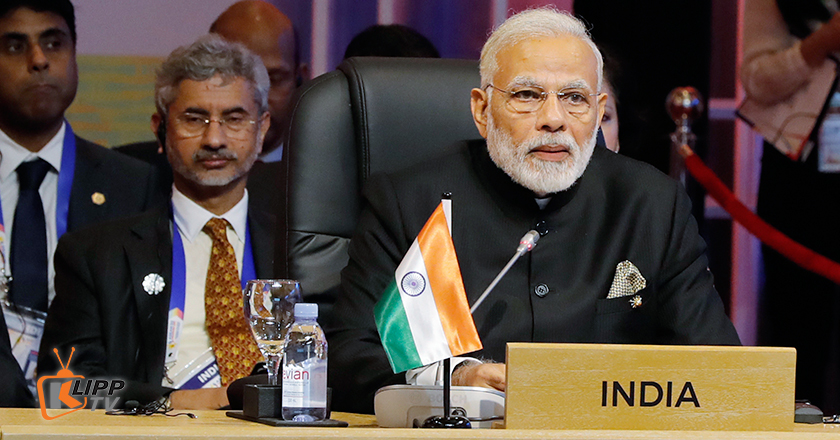 Arrived at the Philippines to attend the 15th ASEAN India and East Asia Summits, the Indian Prime Minister arrived at the Ninoy Aquino International Airport at 4:25 p.m, Sunday afternoon.

The Bharatiya Janata Party (BJP) leader took over as Prime Minister in May 2014 after leading his party to a spectacular general win. 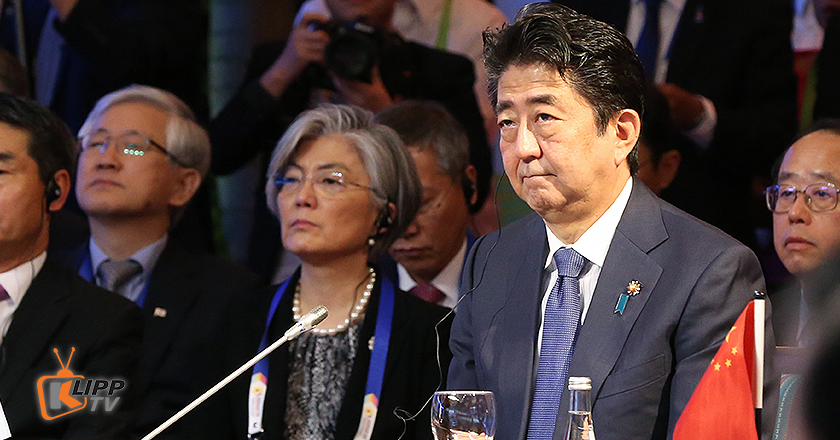 The Japanese Prime Minister previously held the role from 2006 to 2007 before resigning unexpectedly. Hailing from a politically connected family, Abe started his political career in the lower house parliament and steadily climbed the ranks since. He then regained his ministership at the year 2012 and started to employ series of economic policies dubbed as “abenomics” which pumped billion dollars into Japan’s economy for kick-start growth.

Recently this year, Japan was declared as Philippines’ top provider of Official Development Assistance (ODA) loans. In the first half of 2017, Philippines took out Japanese ODA loans totaling 10.979 billion dollars. 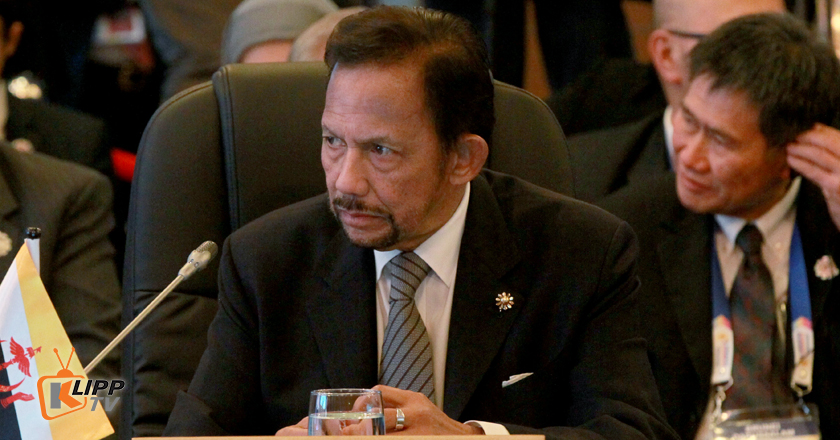 Last October, President Rodrigo Duterte met with Sultan Bolkiah for the 50th anniversary of his accession to the Sultanate.

Hassanal Bolkiah is one of the world’s longest reigning monarchs. He became Sultan in October 1967 and was crowned in August 1968.

In September 2004, he reopened Brunei’s Parliament after being suspended for over 20 years. Others say that it was a tentative step towards giving political power to Brunei’s citizens.

The plane carrying Bolkiah arrived at the Ninoy International Airport, Sunday afternoon at around 2:58 p.m.