This year’s regional scientific meeting revolved around the theme “Science and Technology-Enhanced Transformation for Sustainability and Industrialization (2018-2030)”. The said theme sought to address the needs raised by the Philippine Development Plan, which was a comprehensive program towards the country’s modernization and economic surge.

Government officials, representatives from the private sectors, and heads of higher educational institutions from all over Luzon came to participate in the said two-day scientific conference.

Among the topics that were tackled – all under the overarching banner of industrialization – were sustainability and resilience, science culture and the Sustainable Development Goals, affordable and clean energies, sustainable cities and communities, and consumption and production.

The said concerns were discussed through paper presentations by members of the NAST PHL.

The Relevance of Science in National Transformation

DOST Secretary Fortunato Dela Peña said that science and technology are crucial elements in the success of the country’s long-term development plan.

He cited his agency’s efforts in research and development as evidences of the government’s attempts to improve the situation in the countrysides.

This relationship between science, technology, and progress was captured in a statement Dr. Arsenio M. Balisacan, a NAST PHL academician in the field of economics, said at the end of his keynote speech. 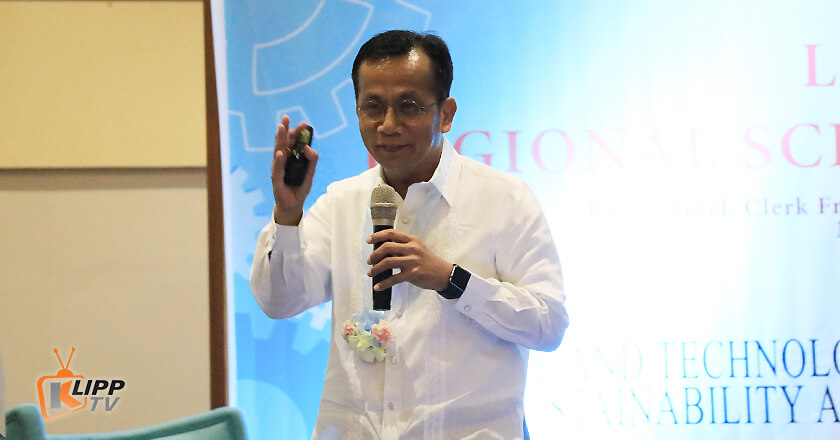 Dr. Arsenio Balisacan talked about the current economic status of the Philippines and the need for a stronger scientific culture.