After several setbacks, the Bohol-Panglao International Airport (BPIA) project at Panglao Island is now officially open and is set to be running this year.

On Tuesday, November 27, the inauguration of the new airport was led by President Rodrigo Duterte, together with Japanese Ambassador to the Philippines Koji Haneda, Executive Secretary Salvador Medialdea, DOTr Secretary Arthur Tugade, Civil Aviation Authority of the Philippines (CAAP) Director General Cpt. Jim Sydiongco, and officials from the public and private sector.

In his speech, Duterte said that the new runway will serve local and international tourists who wish to experience the beauty of Panglao, as well as address the growing problem of traffic congestion in the province. He added that it would also accelerate the economic activities in the region.

Civil Aviation Authority spokesperson Eric Apolonio said that this project which took some time to materialize was made sure to expedite under Duterte’s Administration. 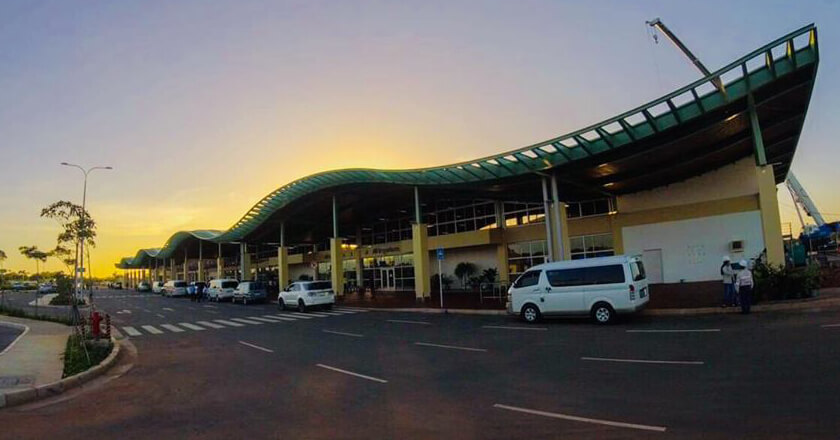 Dubbed as the “Green Gateway to the World ”, BPIA is considered to be the country’s first environment-friendly airport.

Applied with advanced Japanese technology, BPIA will feature high standards of green and sustainable structures, including the use of natural ventilation and other integrated energy-saving systems.

According to the Department of Transportation’s (DOTr) press release, the country’s first “eco-airport” is designed to reduce carbon dioxide emission. The surroundings are landscaped with 1,700 trees, 240,000 pieces of shrubs and ground cover, and 11 hectares of sodding.

Furthermore, the airport is expected to handle the increasing passengers and is projected to accommodate two million travelers annually, more than double the capacity of the Tagbilaran Airport, which was officially closed this year.