Clark International Airport opens shorter and quicker flights to Banaue Rice Terraces on the month of May as announced by the Department of Tourism (DOT).

With the disclosure of this year’s Internationale Tourismus Borse in Messe Berlin headed by DOT Secretary Wanda Teo, a four day, three-nights trip to the world-renowned Banaue Rice Terraces is now accessible via Clark Pampanga to Bagabag Airport in Nueva Vizcaya.

According to Teo, the launching of new air connectivity will complement the activities that are being promoted to the European market, specifically to the travelers who seek cultural immersion in the Philippines.

DOT Director for the Cordillera Administrative Region (CAR) Marie Venus Tan said that the new air route development will be shorter than usual land traveling time from Manila to Banaue. 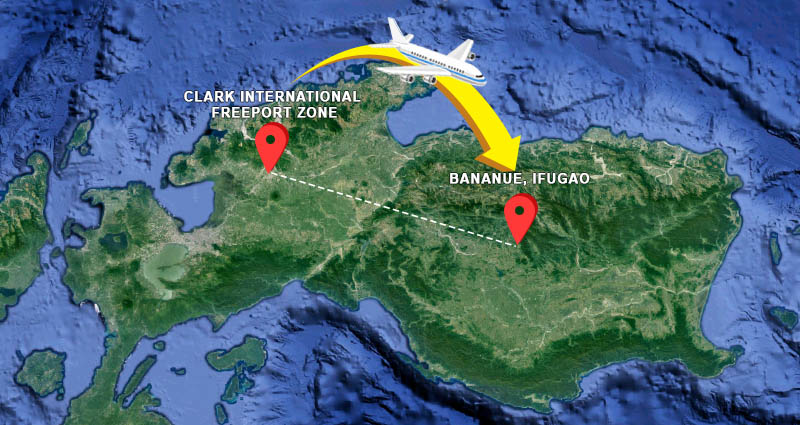 She further said that the strongest selling point of the Cordilleras is all about tradition and ethnic culture. It is also because of this that visitors can experience genuine and truly meaningful cultural immersions that benefit the host communities.

The commencement of flight will start on May 17 through Wakay Air Service with a four-flight weekly schedule on board a 38-seater Dornier plane.

The flight will take approximately one hour via Clark to Nueva Vizcaya while the rice terraces site is accessible within an hour from the Bagabag Airport.

The Greater Clark Visitors Bureau aims to promote Clark as a tourism hub in Central Luzon - a departure from Clark's conventional business-hub image.

CLARK FREEPORT ZONE — Clark is poised to be the highlight of Philippines’ future, with billions of pesos in investments and construction projects being developed in the freeport zone, Bases Conversion and Development Authority (BCDA) President and CEO Vivencio Dizon said to reporters at the Association of Southeast Asian Nation (ASEAN) 11th Defence Ministers’ Meeting … END_OF_DOCUMENT_TOKEN_TO_BE_REPLACED