CAPAS, TARLAC – The New Clark City, on a larger perspective, is the government’s attempt to build a state-of-the-art yet greener alternative for Metro Manila. The construction of the national government administrative center is a signal that the Philippine government is paving the way for New Clark City.

Finally, the long wait is over as the Bases Conversion and Development Authority (BCDA) starts the construction of a national government administrative center in the proposed site of New Clark City.

“You will reap what you sow,” said DFA secretary Alan Peter Cayetano at the inauguration, “we are doing today for our children and grandchildren for the future. This is the sentiment of our President to improve the future for the Filipino people.”

“Building a community for every Filipino no matter what religion they belong is the goal for this administration for progress. We cannot put our differences foremost for the sake of unity. We are in this together. “ 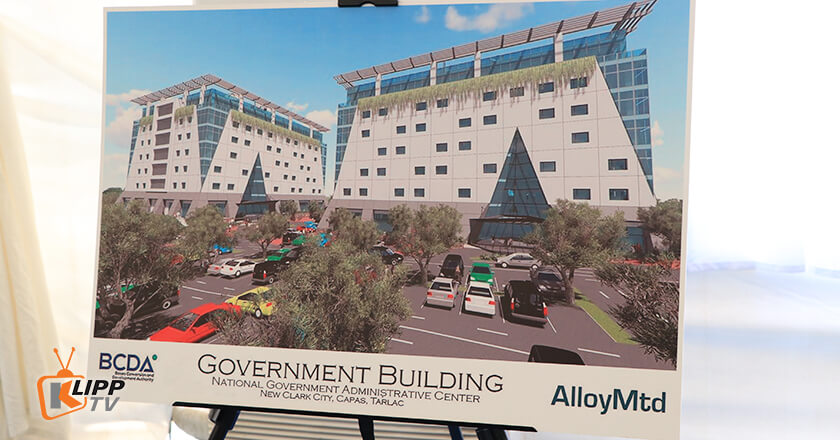 The first phase of the project along with the administrative center will be a P13.16 billion world-class Sports complex with an Aquatics and Athletics Center that will host the 2019 Southeast Asian Games will be finished in two years time. It will serve as a venue for athletics and water sports with seating capacity of 20,000 for the Stadium and 2,000 for the Aquatic Center.

The building of the Administrative Center will be the back-up center for the various government agencies in case of disaster or natural calamities hitting the seat of government. It will also house a one-stop shop for all the business, foreign or local, in the entire Region 3.

Under the “build, build, build” program, aside from the building of the NAGC, just recently the Clark International Airport Corporation inaugurated a new airport terminal at the Clark International Airport last December. Finally, the on-going Tutuban-Malolos, Malolos-Angeles railway, is expected to connect Metro Manila to Clark cutting the travel time to just 55 minutes.

The New Clark city is the crown jewel of President Rodrigo Duterte’s “Build, Build,Build” project ushering the golden age of infrastructure. It is designed to accommodate the various offices of government in order to decongest Metro Manila. It is the country’s first smart and green city, which will showcase mixed-use real estate development, an agro-industrial park, and a food processing terminal.