In the future, you will consider Typhoon Ondoy as a minor storm because stronger storms and more frequent storms will hit the country and it is a wise decision to be prepared. – Dr. Andreas Klippe

The private gathering was attended by Swedish Ambassador to the Philippines, His Excellency Harald Fries, along with Dr. Georg Maue as a representative from the Federal Republic of Germany.

This Swedish flood barrier system must be something great for this country, this country with so many difficulties with flooding. – H.E. Harald Fries

We have to expect in the future that more and more floodings will happen. This technology, Flood Control, is also a part of the so-called adaptation. – Dr. Georg Maue

Ignacio is grateful that his home that was used to be flood-prone is now safe as German-technology Flood Barriers from Flood Control Asia RS Corp. guaranteed its protection.

Flood Control Asia RS Corp. is a company from Clark, Pampanga, that manufactures German-technology flood barriers for residential, industrial, commercial, and government offices from around the world. 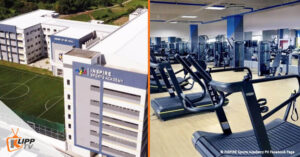