More than 7 months have passed since CoVid-19 brought unexpected interruption to people’s daily lives. Everything that used to be fast-paced slowed down: business establishments, public and private gatherings, and even religious activities had to stop to prevent this pandemic from getting worse.

You might be asking: how are countries in Southeast Asia (SEA) dealing with the rapid spread of CoVid19 cases? Considering that all potential vaccines are still in the trial period and not yet released for mass consumption. To refresh your mind on this current pandemic, here are facts from the World Health Organization (WHO).

Going Back to the Beginning

It all started when the Wuhan Municipal Health Commission in Hubei Province, China reported a group of pneumonia cases on December 31, 2019. Eventually, this was identified as a novel coronavirus. The WHO issued a comprehensive package of technical guidance to all on how to detect, test, and manage potential cases based on the current knowledge about the virus.

In the middle of January 2020, China publicly shared the genetic sequence of CoVid19.

Fast forward to the present, over 2,131,165 cases have been confirmed in the SEA region. The majority of countries in Southeast Asia were able to plot the rise of their CoVid 19 cases. The Philippines has the highest number of cases with a total of 129,913 infections and 2,270 deaths; while Indonesia lands second 125,396 infections and 5,723 deaths as of August 10, 2020 — both more than China’s reported total cases.

Despite the elevating numbers every day, people are still uncertain about what’s going to happen in the next few months as 2020 is already in its greater half. The question is: how can the Philippines strategically slow-down their rising cases considering more Filipinos are getting infected every day?

Thailand was the first country outside of China to confirm a CoVid-19 case. It was during the 2020 Lunar Year, where hundreds of thousands of Chinese tourists visited Thailand when the virus was still barely understood and therefore, no plan of action was in place.

Several months later, it was indeed one of the few countries in the region to have contained the spread of the virus and confirmed cases. A major factor that might contribute to this is their traditional greeting through the prayer-like, palm-pressed wais. The conventional hand-shake which can transfer the virus from a person to another was discouraged. Along with this are the common protocols that were released by the WHO as part of their current initiative to curb escalating the number of cases as much as possible.

The Philippines, record-holder for the longest lockdown in the world, and ranks first with the highest CoVid-19 cases in the SEA as of this day, is still working on how to slow the surge down. The national government’s Inter-Agency Task Force, an arm President Rodrigo Duterte’s administration created in response to handling the pandemic, still gives a light-handed approach on how to effectively stop the rising cases of CoVid 19.

Medical frontliners are clamoring for a time-out since their battle against CoVid 19 has not stopped since the start of the pandemic. President Rodrigo Duterte called on frontliners to not lose hope as well as “stretch” their patience and extend favor a little longer. On the other hand, Francisco Duque, Secretary to the Department of Health released a statement saying that he will present their pleas to the IATF, and will bring more comprehensive strategies to protect their ranks.

7 Months Down, How Many To Go?

With the continuous rise of CoVid19 cases, what plan, not just of the government but of the people as well, can lessen the incidence of infections every day?

According to United Nations Secretary-General Antonio Guterres’ statement highlighting weak healthcare systems and connectivity in the region, Southeast Asia must step up its CoVid-19 response. He said that the pandemic highlighted deep inequalities, shortfalls in governance, and the imperative for a sustainable development pathway. He mentioned some countries remain unable to address CoVid-19 sufficiently wherein half of the countries in the SEA region are vulnerable due to weak health systems.

UN Economic and Social Commission for Asia and Pacific (UNESCAP) Executive Secretary Armida Salsiah Alisjahbana announced that while four or five countries in the region were “okay”, health expenditures for some countries were “too low compared to the level that is required” in this pandemic. 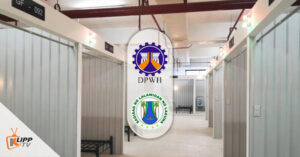 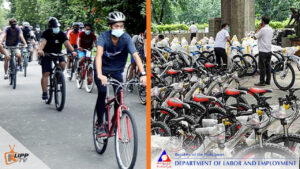 The Department of Labor and Employment (DOLE) will provide free bicycles to Filipinos who lost their jobs due to the closure of some businesses in the country. 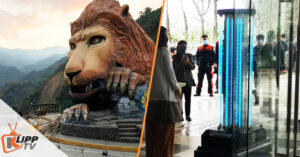