Can Duterte Fulfill his Promise? (Journey towards a Better Philippines) 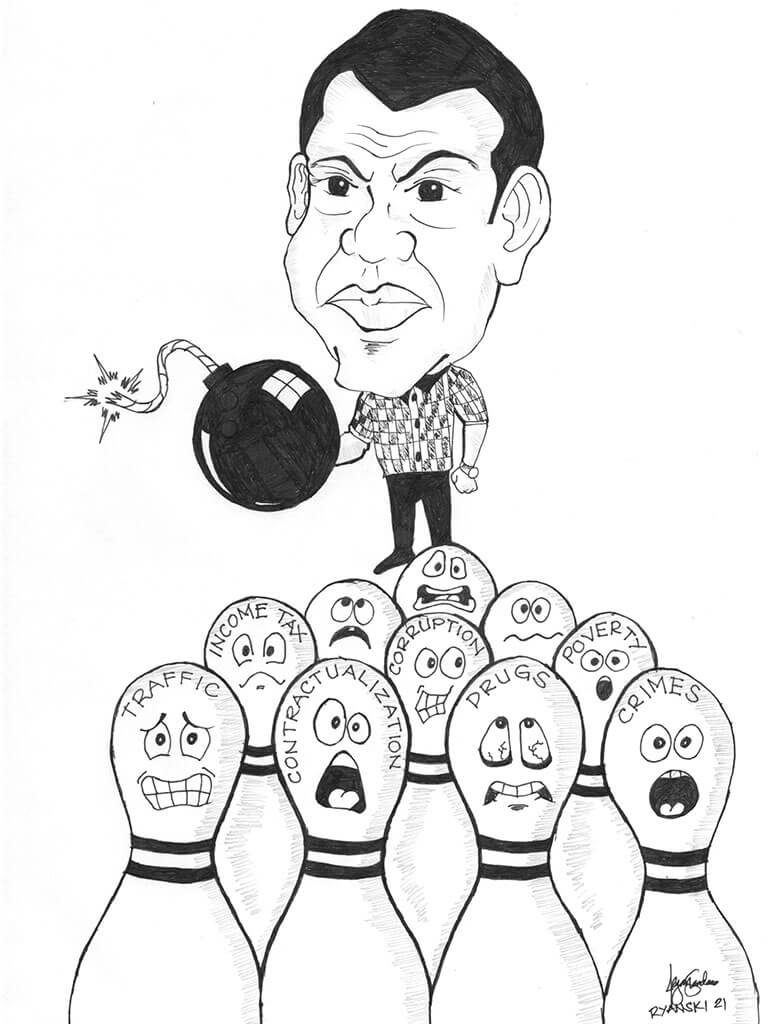 After the historic victory of Philippines’ territorial claims over China that was given verdict under Duterte’s government, it was not disclosed to the public that the current administration will accost an even more complex hurdle.

Fighting Drugs and other Crimes

During Duterte’s campaign, one of the factors that caught the sympathy of most of the filipinos is his conviction towards fighting the heinous crimes that are widely spread across the country. He speak repeatedly through his campaign that he will definitely end crimes in a span of 6 months, and on his first month number of suspected drug pushers were arrested and some of them who attempted to fight back with the authorities were killed. On the same month, thousands of users from around the country surrendered themselves to the police, because of the fear that the present administration will not stop until all the person involved in the distribution of the prohibited drugs shall vanish.

One of the biggest challenge in every administration that had served the country is the chaotic traffic, most especially in Metro Manila which was indeed a hell-like suffering for motorist. With the total permutation in his government, a lot of people are counting to Duterte to finally emerge with a better solution to cease this long time problem of the country. Duterte is planning to have more railway systems in the country interconnected to prime cities in the country, for example Clark Freeport Zone in Pampanga. With this move, it will decongest the traffic in the Metro and as well as distribute more opportunities to other Cities by having a more conducive mode of transportation. With the help of his newly appointed cabinet member for Department of Transportation Secretary Arthur Tugade, we might soon experience a seamless flow of traffic not only in the Metro but for the rest of the country.

Fighting poverty may sounds cliche’ for all of us, but this is one of the biggest burdens even for the previous presidents of the country. Duterte was known for his campaign slogan “Change is Coming”, and most of his voters that came from the urban poor community are hoping that the new president can put an ease to the suffering of the less fortunate community in the country. On his platforms, one of Duterte’s priority is to increase the existing salary and compensation of the laborers, and he is also indomitable when it comes to his advocacy towards ending contractualization. By this, there will be a lesser number of unemployed in the country. Despite of his conviction towards fighting crime in whatever means, his attitude of being pro-people still transpires within him.

Another thing that added to the charisma of the president is his personality that reflect the simplicity of living that mirrors an ordinary filipino. Duterte was known for his “checkered polo”, that even in his campaign or meeting prominent people, he doesn’t stay away from that of his fashion. Now that he is the president of the Philippines, he still found a way to combine corporate attire to his comfort, with now the famous Barong Tagalog matched with a pair of jeans. His simplicity was also shown on his inauguration. Compared to other former presidents of the country, Duterte chose to go away from the glamour of fine dining and gave an instruction to serve his favorite filipino meal on his inauguration day. He also gave an order that on his first State of the Nation Address (SONA) the attendees should wear business attire and not gown, coats and barong tagalog, which is very far from what was the previous set-up of SONA that looks like a red carpet event with all the politicians and guest wearing all designer made gowns and suites.

Aside from the above mentioned, there are still a lot more for the president to conquer. In his 6 year term, he has to prove himself to his country man. He may either make it or break it. But still our support and contribution towards building a better nation is a must, because the success of a country will indeed depend on its nationals, as Franklin Roosevelt once said,

“Let us never forget that government is ourselves and not an alien power over us. The ultimate rulers of our democracy are not a President and senators and congressmen and government officials, but the voters of this country”.